How to Make Cake Pops: My First Attempt

Can you believe I’ve never made cake pops? They’ve been popping up around the net for the past few years and while my keyboard is soggy from drool I’ve never actually attempted to make them. I was a little intimidated by the incredibly detailed cake pops on Pinterest – so I’ll blame that for my hesitation. With St. Patrick’s Day and Easter right around the corner I have tons of ideas but wanted to get some practice in before attempting them. 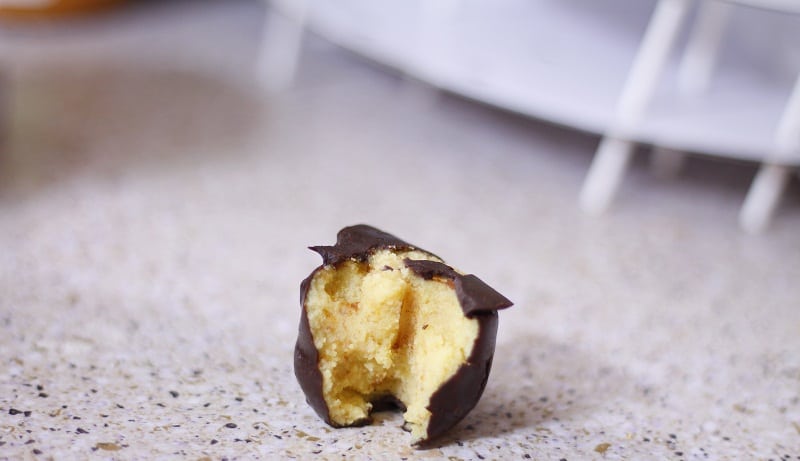 If you’ve made cake pops yourself you’re probably laughing at me right now. They’re so incredibly easy to make , even without the fancy schmancy cake pop pans. I did look for those pans, I wont lie – but I didn’t find one so I used the roll them into balls method. I think the hardest part of the whole process was crumbling up the freshly baked lemon cake instead of eating it. Granted it was a box cake mix, but still – lemon cake!

I did a lot of Google searching to find the right way to make cake pops. There are so many different versions finding one to start with was hard. I believe (from what I’ve read) the premise of cake pops comes from Bakerella, so that’s where I started. I found a few others who said while Bakerella’s directions were great, that there might have been too much frosting in the mix. The directions all seemed very similar though, so I went with my gut. 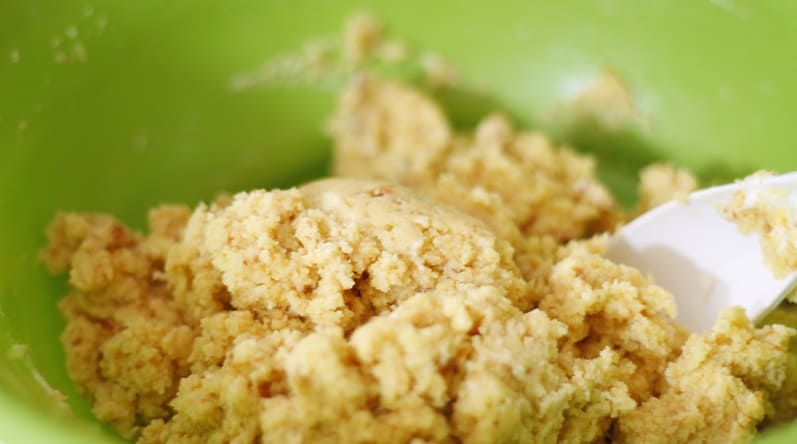 What I did to make my first Cake Pops was bake a lemon cake (box mix) and cut off the top and sides (of course I ate them.) I crumbled the remaining cake by rubbing it with my palms until it was a beautiful golden mess. I mixed in half of the can of lemon frosting to see where I stood. I added another 2 tablespoons of the frosting to get a moist but not mushy play dough type consistency. 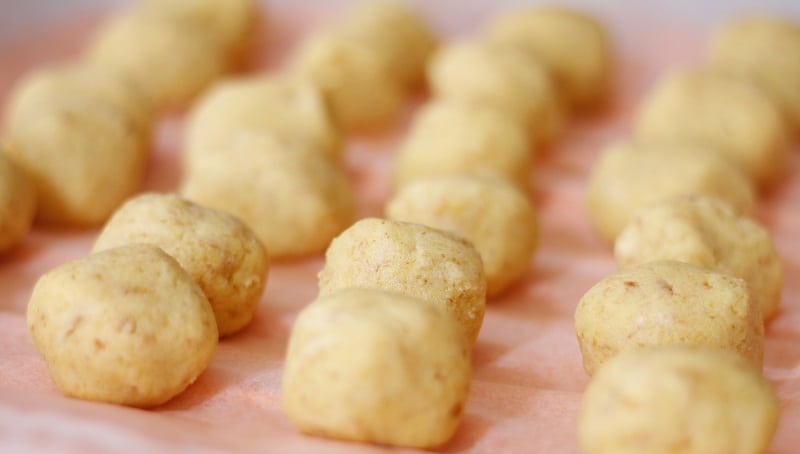 To prepare I lined a serving tray with parchment paper. I scooped up gobs of the dough and rolled them into balls (well, mostly round shapes.) I lined them up on the tray and popped that into the freezer and let it sit for 30 minutes. I got around 26 balls out of this mix – but they’re on the larger size.

While I was waiting for the cake balls to chill I started melting my coating. I had all intentions of using candy melts but picked up every color except black or brown. I wanted a dark color for these so I used baker’s chocolate. Since the dough was super sweet I opted for mostly (6 squares) unsweetened chocolate. I did toss in 2 squares of semi-sweet to balance it out so it wasn’t overly bitter. Personally I love the contrast of chocolate and lemon. 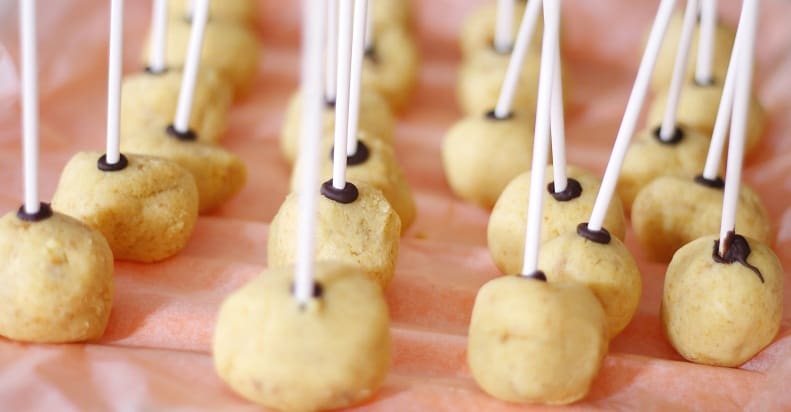 The part I thought would be hard was dipping the balls in the chocolate. I read about several accounts of the balls falling off of the sticks into the chocolate. I made sure to seal the balls to the stick by dipping the sticks in the melted chocolate first. I let the chocolate harden a bit and started coating the cake balls. I did use a spoon and twirl method to coat them – I chickened out. I also added 2 tablespoons of shortening to the melted chocolate to make it more manageable/smooth. I think that may have been too much though, because it didn’t seem to want to get rock hard. Next time I’ll use less shortening with the same amount of chocolate. 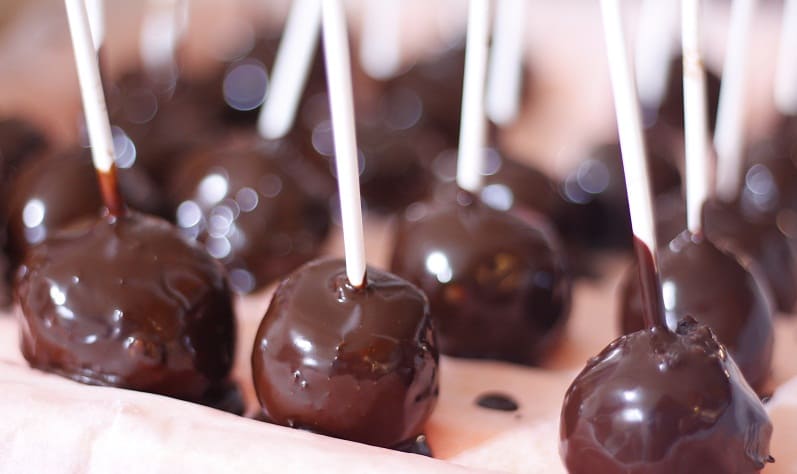 All in all my experience was a positive and fun one. I can see why cake pops are so stinkin’ popular. The lemon cake mix and frosting paired with the dark chocolate flavor was heavenly. If you haven’t tried that combo yet you should! These aren’t the extravagant cake pops you’ll find pinned a million times on Pinterest – these are my test subjects. Look forward to some awesome new cake pop pics coming soon!

What about you – have you made Cake Pops yet?!

*Note* Next time making Cake Pops I’ll be sure to make them smaller. The bigger ones dropped down the stick because they were too heavy.