Everyone loves brownies…Am I right?  And a lot of people love peanut brittle, but how many of you have had Brownie Brittle? I’m pretty sure most of you kept your hands down!

In 1992, Sheila G. Mains (that’s Sheila G), made her family’s brownie recipe famous, and made a name for herself in the business.  You may have tasted her delicious original brownies at a theme park, or a restaurant.  The brownie brittle idea came from everyone’s love of the “crunchy edges” that you get from the corner and edge of the brownie pan.  Sheila would find her way into the kitchen and “steal” some of the crunchy edges from the cooling racks to eat while working in her kitchens.  It had the same great taste as her brownies, but with that extra added crunch that you could only get from the edges! 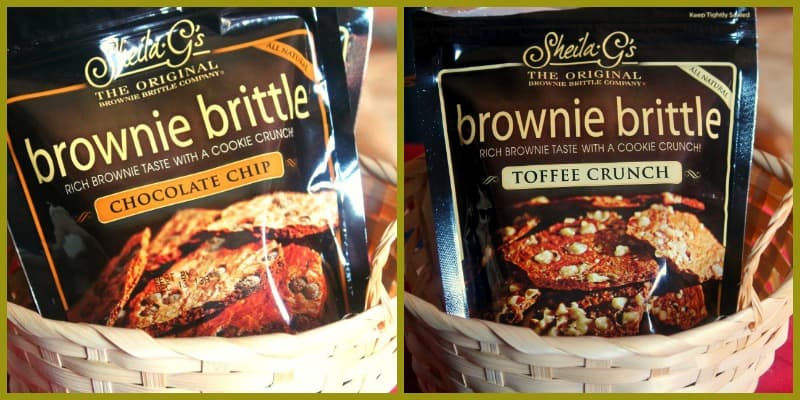 That made her think about how she could make brownies that ALL had the same great crunch as the edges.  I’m sure you’re wondering how she did it, but that’s a secret she’ll never tell.

I’m one of those people who tries to keep the brownie corner pieces to myself. They’re so good and usually have a nice bit of saltiness to them. The majority of my food cravings are for something crunchy and a little salty, so brownie corners fit the bill. Trying Brownie Brittle for the first time I was skeptical about the comparison. After all, how could something from a bag compare to something fresh out of the oven? 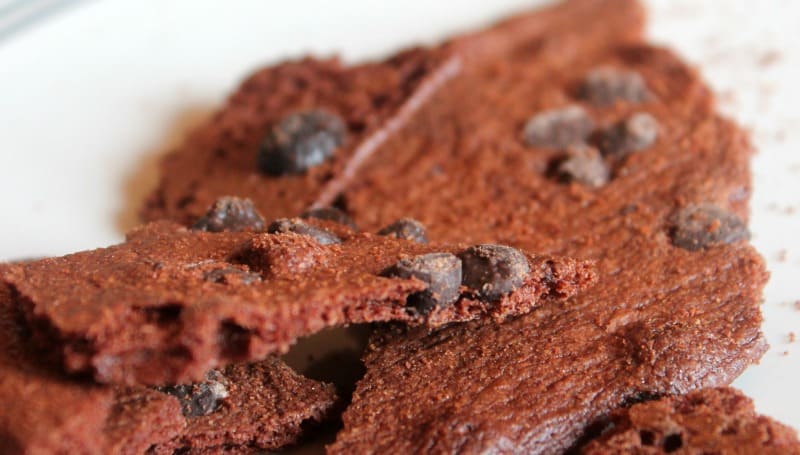 Brownie Brittle comes in 3 flavors: Chocolate Chip, Toffee Crunch, and Traditional Walnut. My family and I tried the Chocolate Chip and Toffee Crunch Brownie Brittle.  My 10 year old quickly grabbed for the bag of Chocolate Chip Brownie Brittle because, well, they were chocolate chip. He tore into the bag like I hadn’t fed him in a week (I feed him multiple times a day, I swear) and began to eat. He was intrigued by the different sizes and shapes of the brittle. He doesn’t like peanuts so he’s never had peanut brittle – this was the closest he’s come.

While I can’t compare this to peanut brittle (it’s not sticky or hard) it  is definitely delicious. It’s like a thin, airy yet crisp cookie that’s packed with flavor. The Chocolate Chip Brittle was my sons favorite. He loved finding a piece filled with chocolate chips – which was pretty much every piece. I, on the other hand, am smitten with the Toffee Brownie Brittle. They are just as delicious as the Chocolate Chip Brownie Brittle but with the slightest salty undertone that I love from toffee. They don’t have an overwhelming toffee flavor – but you can tell it’s there. Especially when you get a piece with lots of toffee bits! 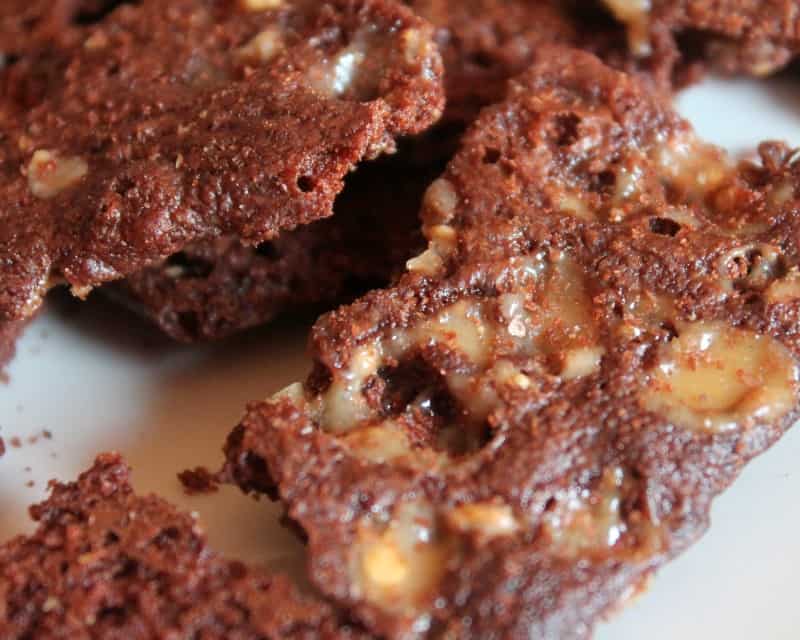 There are a lot of crumbs collected when eating Brownie Brittle, so be sure to put on a bib or at the very least eat it over a plate or bowl! They’re also highly addictive. I had to beg John to take the bag away from me because my hand just kept dipping in to pull out more! It’s not all bad though – at 120 calories per serving (4 servings per bag) the guilt is minimal if you do happen to eat the entire bag.

So, do I recommend Sheila G’s Brownie Brittle? Only if you are ready for  delicious treat you may or may not be able to tear yourself away from. Oh, and if you’re prepared to share – everyone will want some of these as they bring the best part of the brownie to an air tight bag in your pantry! You can buy  Sheila G’s original Brownie Brittle on her website, and like Brownie Brittle on Facebook to stay up to date on the latest flavors and more.

Kind Snacks: Be Kind to Your Body Kind Bar Review