How to Glaze a Ham

How to Glaze a Ham 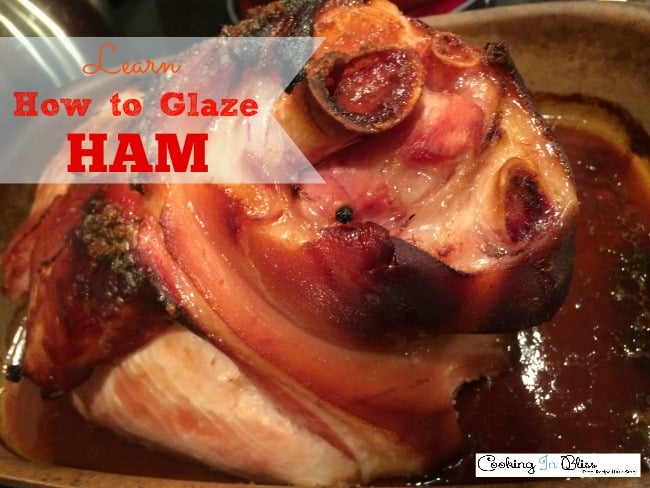 My family always has a ham for Easter dinner. There may be other meats present, but the ham is always front and center. Each side of the family has their own methods of preparing their hams and it’s tough to pick a favorite. I learned how to glaze a ham on my own since none of my family members did it themselves.

Granny boils her ham with cabbage and potatoes. Well she boils her ham then adds the other stuff. Then she puts the ham in the oven to finish it off. I’m not sure what John’s grandmother does to cook her ham, but it’s always amazing. I’m sure she knows how to glaze a ham but she never seems to do it.

My mom gets the spiral hams with the glaze included. She’s busy so I let it slide, but would love if she knew how to glaze a ham with her own glaze. My mother in law bakes her ham with a simple glaze. It’s always perfectly tender and has a nice, simple flavor. 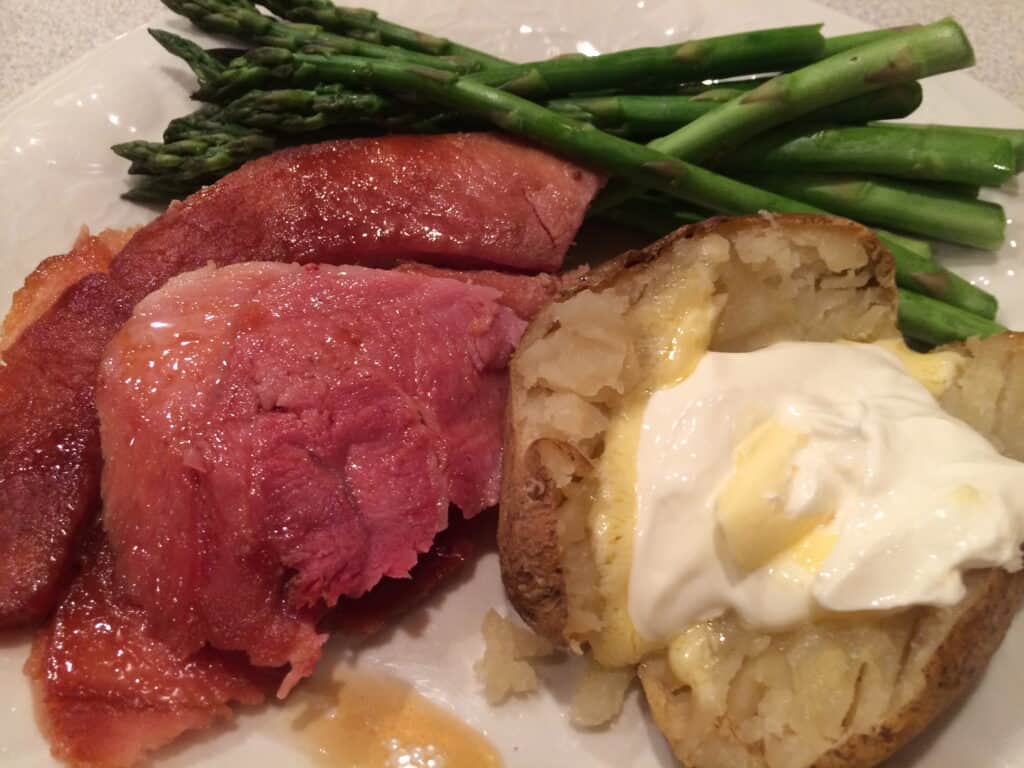 Not to sound bias, but I think I like my ham the best. The others are great, but they’re more relaxed and plain than I would like. I crave loud and vibrant flavors so that’s what I create with my ham glaze. I always use a spiral ham (Smithfield, preferably) because they’re so gorgeous and they take all that flavor in.

I think the single most important factor in glazing a ham is timing. You don’t want to apply the glaze too soon or else it could burn, but you want to give it enough time to flavor the ham and caramelize. So here’s how I glaze a ham:

Pre-heat the oven to 325. Wrap your ham in tin foil and put it in a roasting pan. Heat the ham for 20 minutes (for a 9 pound ham. adjust 10 minutes for each extra pound, or deduct 5 for each pound less.)

While the ham is heating prepare your glaze.  I use 1 cup of orange juice, 1 cup of brown sugar, 1/4 cup of honey, 1 teaspoon of ground cloves, and 1 teaspoon of cinnamon. Combine all the ingredients in a bowl and whisk it until it’s thoroughly mixed. 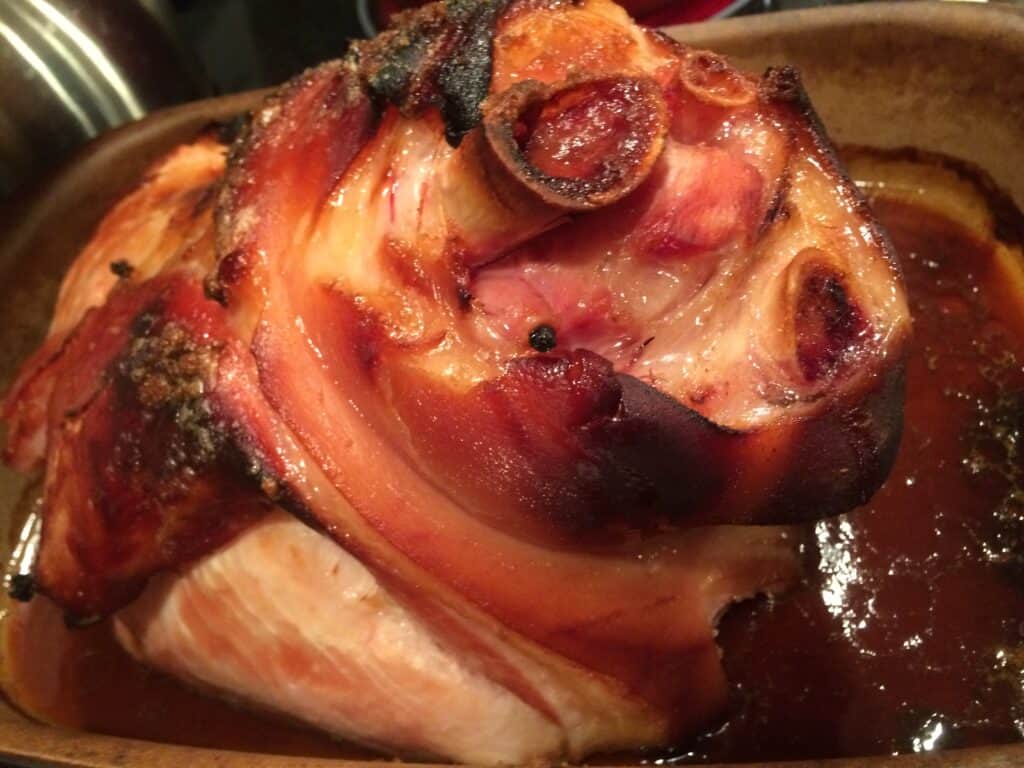 After the ham has heated for 20 minutes carefully remove it from the oven (keep the oven on) and unwrap it.  Brush the glaze over the ham, making sure to get each slice of the spiral. Return the ham to the oven for 15 minutes (uncovered). When your time is up, remove the pan from the oven and cover with tin foil and allow it to sit for at least 15 – 20 minutes.  Slice it as you normally would, and enjoy 🙂