My grandmother always found the most delicious ways to stretch a dollar. Eating at her house you’d never know she struggled financially, living paycheck to paycheck. Everything was always so divine and full of flavor that nothing else compared to. One of my favorite desserts has always been bread pudding. The way Granny made it was like heaven in a dish. 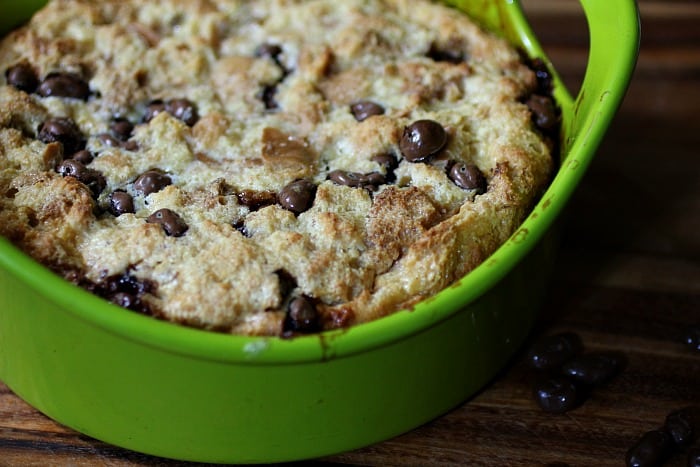 I was craving bread pudding tonight after a light dinner. I wanted to do a twist on hers so I added some chocolate covered raisins and a chocolate rum raisin sauce on top  – yum! I love this bread pudding for so many reasons, mainly because it’s so easy and inexpensive to make. If you’re looking for a frugal dessert idea, this is it. 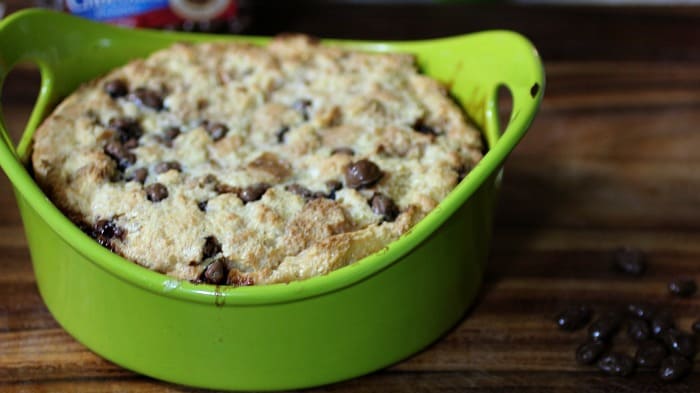 One thing to note, we rarely – if ever – have stale bread in the house. Neither did Granny. I used Granny’s trick for priming the bread for bread pudding. I tore the bread into small squares and placed them in the oven (at 200 degrees F) for 5 minutes. Long enough for most of the moisture to come out but not long enough to toast it. You can do this, or use stale bread/brioche if you have it. 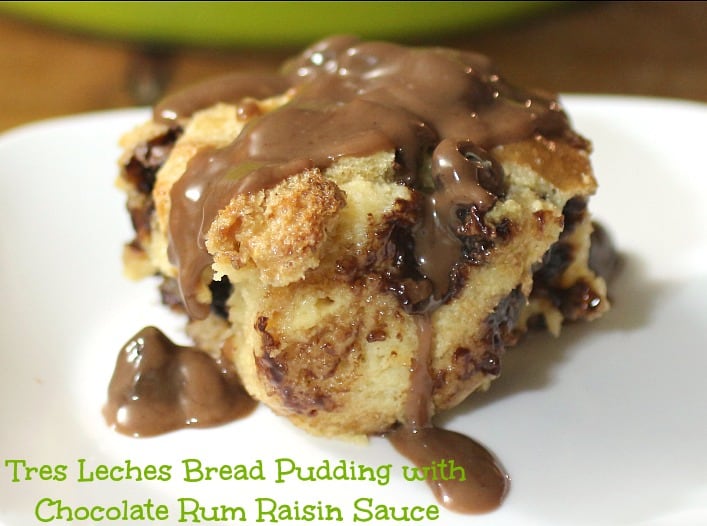