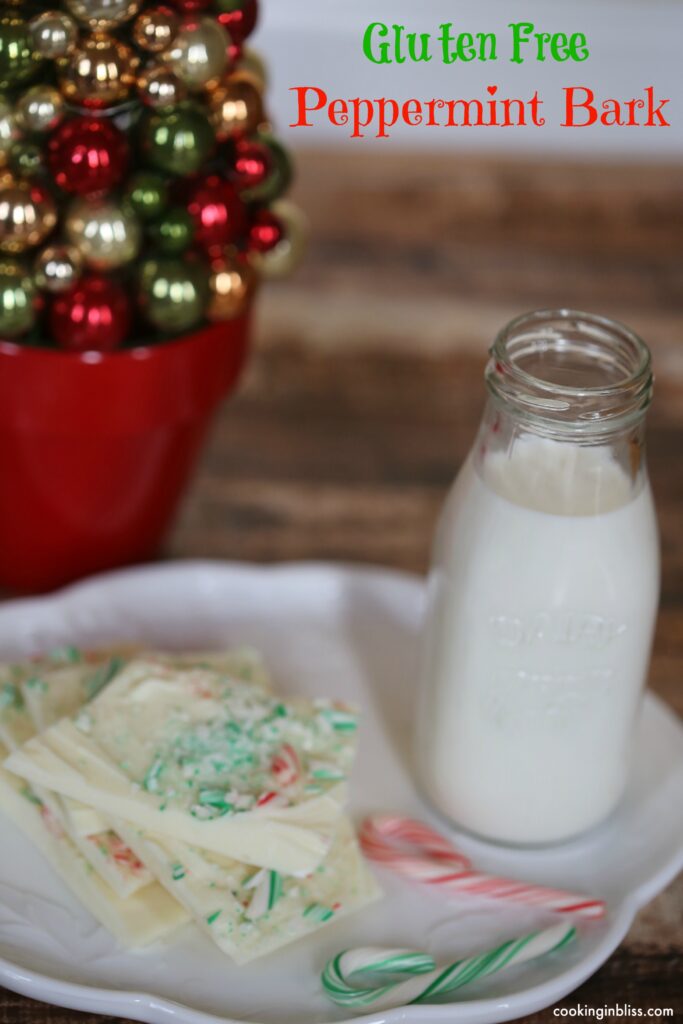 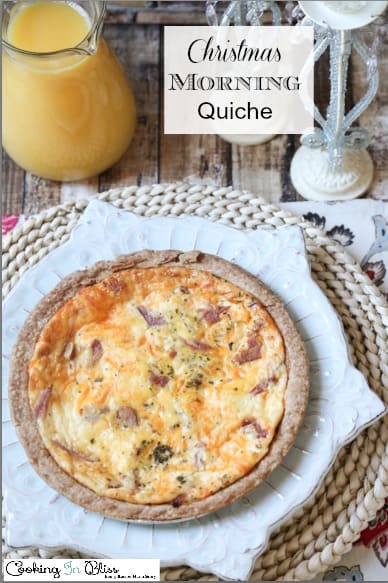 I love a great breakfast quiche recipe. I love them even more because you can make several and freeze them. You can freeze them before you cook them or after. I usually cook mine so I do not have to deal with trying to freeze liquid. Then you just thaw the quiche out and cook it covered with foil for about 20 minutes at 350 degrees. If it is still frozen you will have to put it in the oven 350 degrees for about 40 minutes. I keep checking to make sure it is hot and then I take it out. 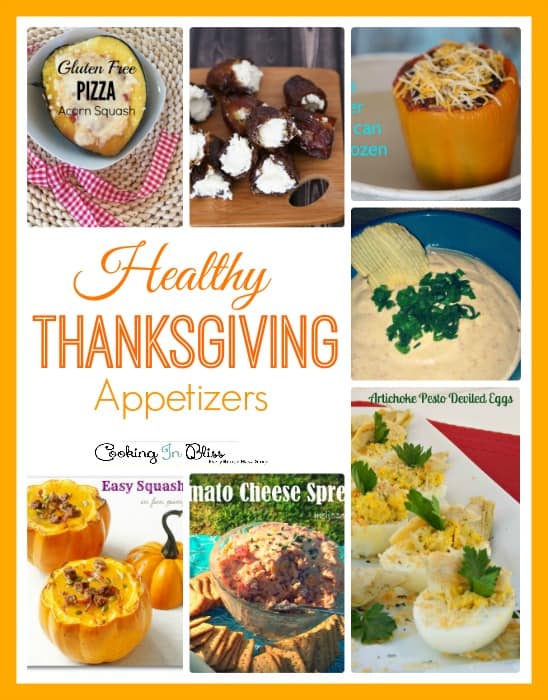 Thanksgiving is coming and we are all looking forward to enjoying a delicious meal. With all the unhealthy, high calorie, high fat foods out there, I decided that I want to make some healthier appetizers to start Thanksgiving dinner. I found some healthy appetizer recipes and I would love to share them with you. Here are my favorite recipes for healthy Thanksgiving appetizers for you to try. 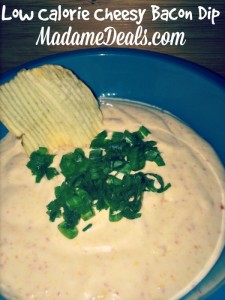 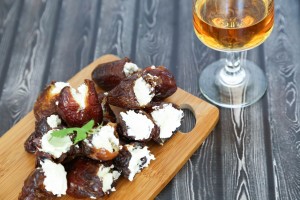 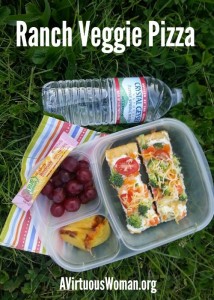 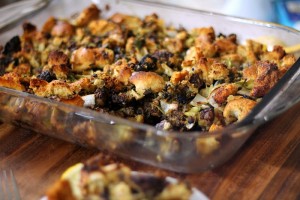 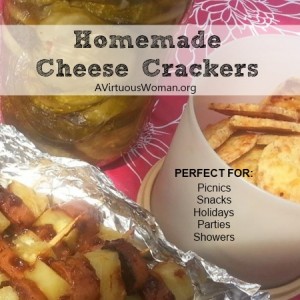 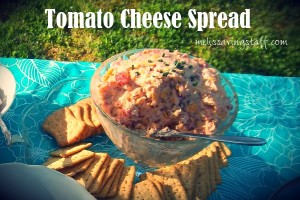 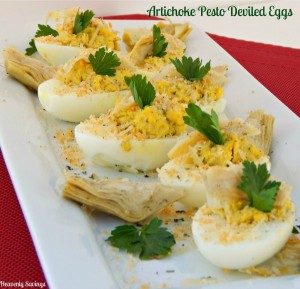 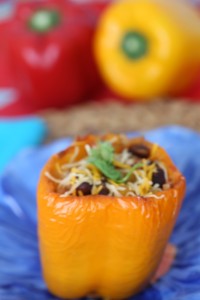 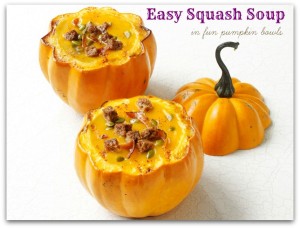 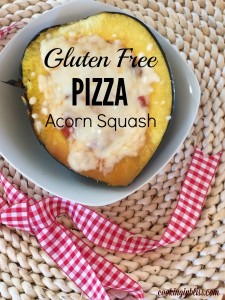 What are your favorite Healthy Thanksgiving Appetizers? Share it with us below. 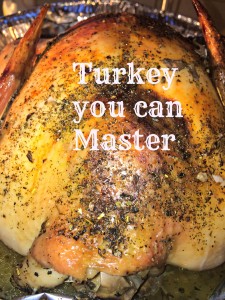 Make sure to check out my tips on Roasting a Turkey!

Most families have traditional meals and their own spin on the fixings. My family is no different. Every holiday meal we have a preset menu. John’s absolute favorite thing is my grandmothers Oyster & Sausage Stuffing. Even if we’re not having poultry this stuffing is present.

He was craving Granny’s Oyster & Sausage Stuffing last night so I headed to the store to get most of the ingredients. I was bummed they didn’t have fresh rosemary and I had to resort to using dried rosemary leaves, but if you can find it fresh definitely use that. I was also feeling lazy so I went with pre-shucked oysters from the seafood market  Hey, my mom is the master shucker when it comes to oysters, I always end up with cuts all over my hand!

This is a heavy and rich stuffing, a little goes a long way! 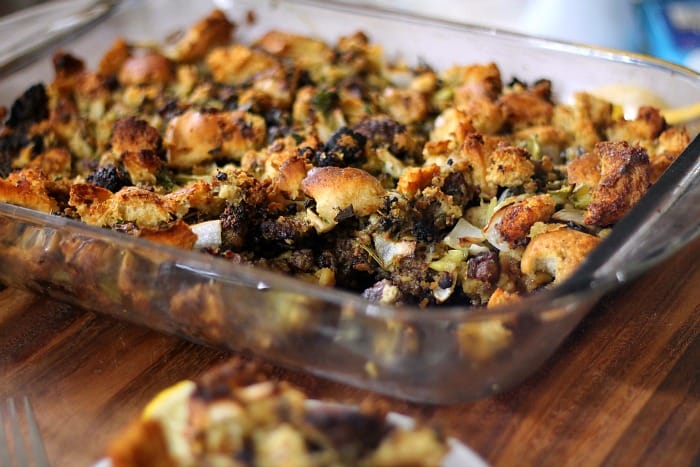 Growing up on the Eastern Shore it’s hard not to incorporate fresh seafood in your traditional meals. It’s readily available and gives a touch of home to anything you eat. The oysters in the stuffing give off a distinct flavor, but the sausage plays it down so it’s not overwhelming. It’s one of those things you have to taste to believe. 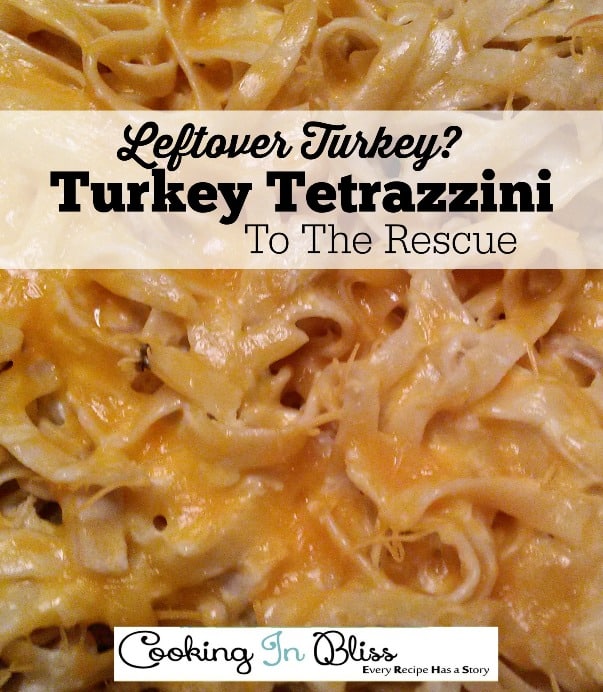 Are you ready for Thanksgiving? Roasting Turkey for Thanksgiving is one my favorite thing to do because my recipe is a big hit with my family but since we’re only few I often end up with leftovers. If you have the same problem then make sure to start saving delicious turkey leftover recipes that your family will enjoy and of course not waste your turkey. This Turkey Tetrazzini Recipe is my family’s favorite. It’s tasty and so easy to make, your family wouldn’t even think it’s made from leftover turkey. 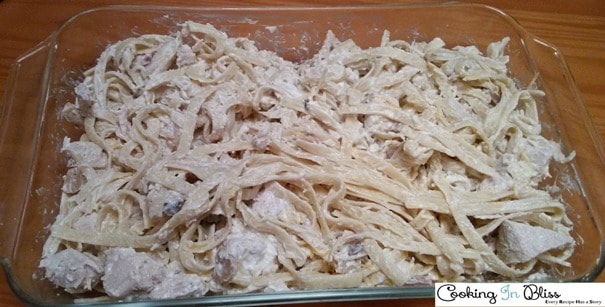 Cook pasta according to package directions. Toss pasta with vegetable broth. Mix in remaining ingredients except 1/2c cheddar cheese. Put mixture into a baking dish. Sprinkle cheddar cheese on top. Cover and bake at 350?F for 30min. Uncover and bake another 5 min. 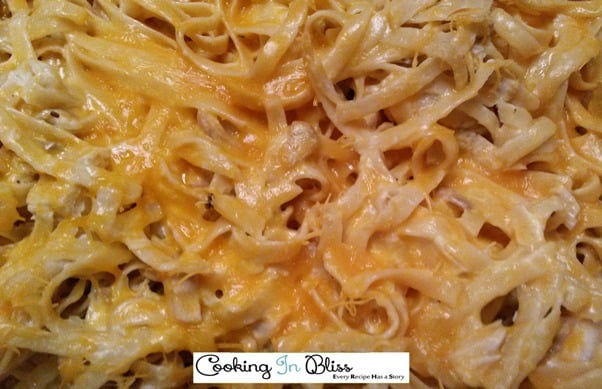 Pin and save this Turkey Tetrazzini Recipe now! 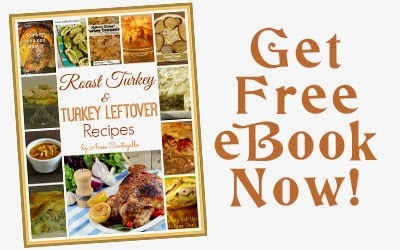 Read my tips on Roasting a Turkey!

Also check out these recipes: